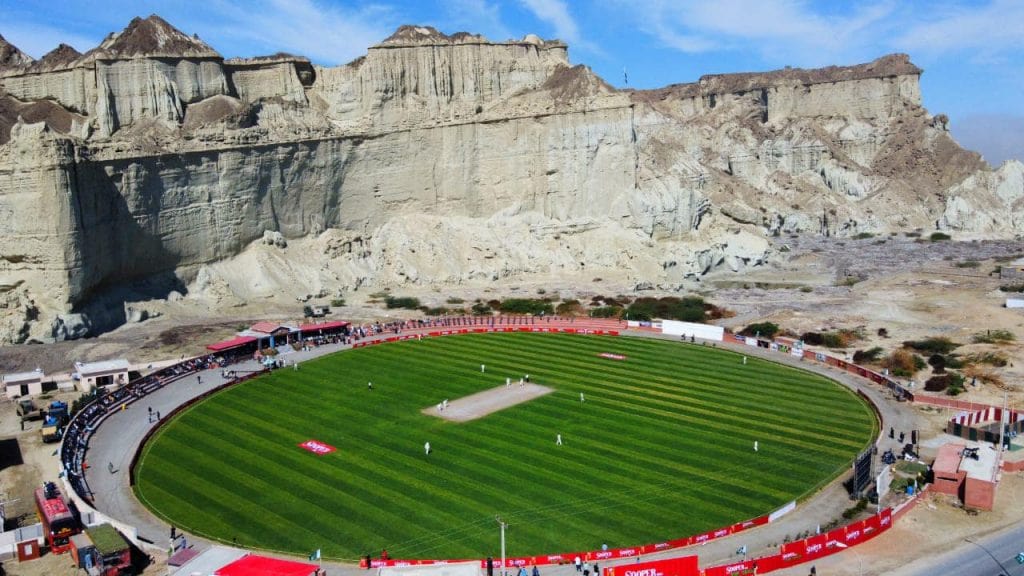 The first match of first place was played at Race Course Ground (now Bugti Stadium) between Balochistan and Sindh from 29 to 31 October 1954. Mohammad Munaf and Amir Ghauri hit well and helped Sindh to have a total. Respectable score even though Akhtar Khan had a good performance in bowling.

Akbar Khan once again helped save Balochistan from total collapse with his excellent stick. In the second set, Sindh were placed in the group with 107 points and with a 72-point lead they won the game, aided by the good pitching of Maqsood Hussain and Muzaffar Hussain. Total score: Sindh 295 (Mohammad Munaf 73, Akbar Khan 6-81) and 107 (Mohammad Munaf 45). Balochistan 223, (Akbar Khan 54) and 126 (KM Akhtar Khan 57). Sindh won 53 points.

The first day-long international match was played here between hosts Pakistan and India on October 1, 1978. India’s score did not appear to be enough despite Mohinder Amarnath scoring a quick 50. Majid Khan and Zaheer Abbas appeared to lead Pakistan to victory as Mohinder Amarnath quickly defeated them. Bedi’s captaincy and on-field rankings have a lot to do with India’s win, the first they won against a Test nation in limited cricket.

The last ODI match in Quetta was played between Pakistan and Zimbabwe on October 29, 1996. Wasim Akram became the first pitcher to win 300 shots in the One Day Open, in his 208th game when he He traps Houghton with the fourth ball of the game. That sent Zimbabwe down to 25 by 3/10. They had a great comeback, thanks to the Flower brothers, who added 143; Grant Flower’s gritty 91 only got 94 balls. But Pakistan was brought home by Saleem Malik, unbeaten 72 from 77 passes. Hasan Raza made his debut at the age of 14 years and 227 days.