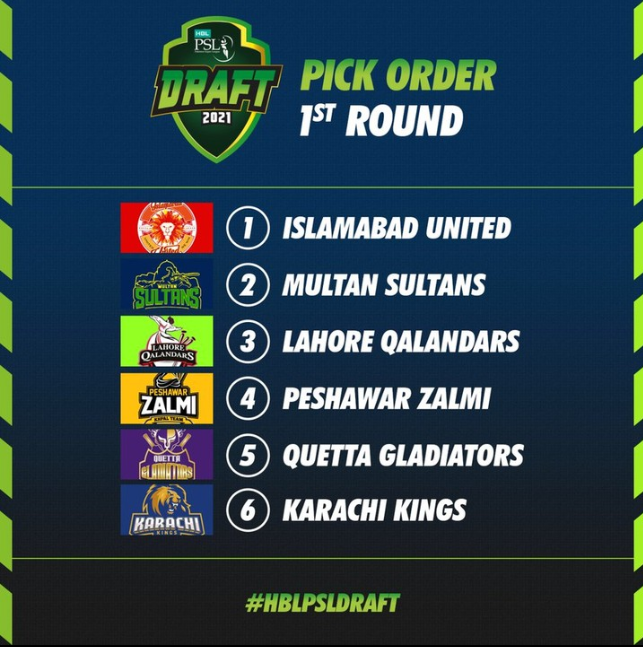 The player draft for the PSL 2023 will begin in Karachi at 5 pm. PST. Over 500 international players have registered.
Teams can add up to 18 players to their roster by selecting three each from the Platinum, Diamond, and Gold categories, five from the Silver category, two from the Emerging category, and two from the Supplementary category; Each team could bring in as many as eight players during the previous trade and retention window.

The franchises will be able to use Right-to-Match cards to re-sign players they had let go of.

How will teams select their players?
The Lahore Qalandars, the current champion, will be the first to make a decision. At the Pakistan Cricket Board’s offices, a draw was used to determine the order.

Using a special tool, the next 17 rounds were ordered.

Here is where each team stands from the perspective of the players they have chosen to keep while we wait for the game to start. Here is the final retentions list after all HBL PSL teams have appointed their Mentors and Ambassadors:

After what seems like an interminable delay, we are gearing up properly. Within the next few moments, we ought to begin.

How do I watch the draft of the PSL?
The draft can be watched worldwide on the PSL Facebook page and YouTube channel.

PTV Sports, ASports, or Daraz are available for Pakistani viewers to watch.

When does the competition begin?
The 2023 season will begin on February 9 in Lahore, Karachi, Rawalpindi, and Multan, with the championship game on March 19.