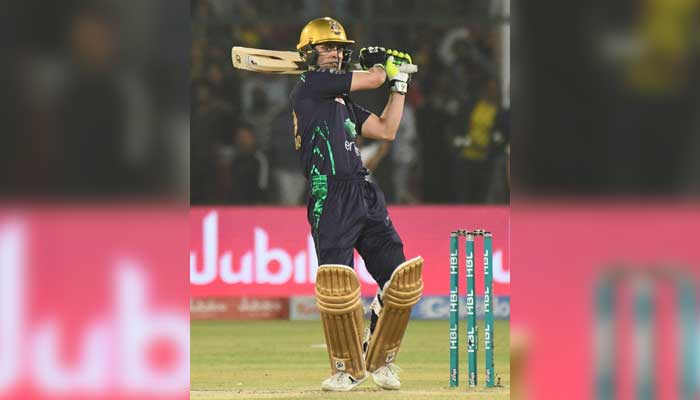 ‘In talks with a couple of franchises’: Ahmad Shahzad reveals ahead of PSL 8 draft

In advance of the upcoming eighth season of the Pakistan Super League (PSL), which is scheduled to take place in February-March 2023, Pakistan’s opening batter Ahmad Shahzad disclosed that he is in contact with a few franchises.

“I am negotiating with a few franchises. In an exclusive interview with Geo Super Wednesday, Shahzad stated, “I can’t force anyone to pick me as a player, but if a player brings value to the team, they should go for him.”

The Quetta Gladiators, led by Sarfaraz Ahmed, are expected to select the hard-hitting batsman for the PSL 2023. Due to an injury, Shahzad missed the league’s seventh season.
The cricketer was confident not only that he would be selected in the players’ draft but also that he would perform well during the upcoming season.

“See, the Pakistan Super League is Pakistan’s biggest brand, and every player wants to play there. In point of fact, the performance of the PSL is very important, and players need to make a comeback,” he added.
In 45 PSL games, the right-handed opener has scored 1,077 runs at an average of 26.26.

Shahzad, who was the first batter from Pakistan to score a century in each of the three formats of the game, is confident that his recent performance will help him return to the national team.

“I don’t think there’s anything wrong with how I performed. Yes, I had an injury that kept me out of cricket for a while, but I came back to domestic cricket and played in a few leagues, and you can see how well I played,” assertive Shahzad said.

“Taking care of my fitness, health, and diet are my primary concerns. “It is my goal to proudly represent my country once more,” he maintained.

Shahzad’s career, which he had been a permanent member of, is said to have ended as a result of issues with his behavior and attitude.

When asked about this matter, Shahzad stated, “I haven’t heard such things, to be honest.” Come out and say something in public if someone has to say something about my behavior that is true. Otherwise, you can be held accountable for anything. What number of individuals could you accept?” He pressed.

“Would you begin to believe me? I can also talk about anyone’s attitude. I don’t think it matters what people say. He said, “I believe that whatever Allah has written for you will happen.”