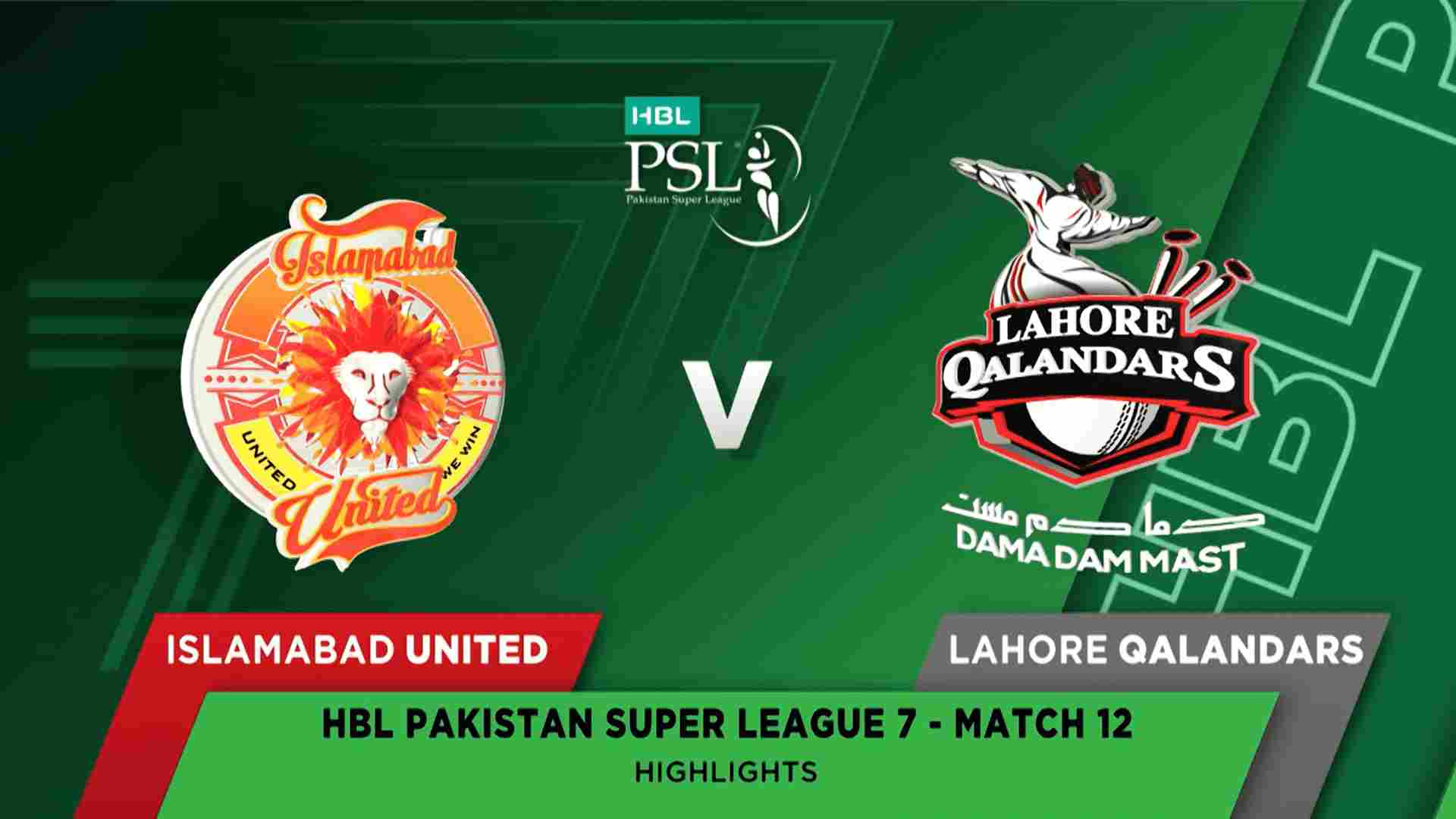 Islamabad United needed 39 to win from 30 balls with eight wickets in hand and two set batters in Colin Munro and Shadab Khan at the crease. Still, they fell short by eight to hand Lahore Qalandars their third win in four matches.

Islamabad United needed 39 to win from 30 balls with eight wickets in hand and two set batters in Colin Munro and Shadab Khan at the crease. Still, they fell short by eight to hand Lahore Qalandars their third win in four matches.

Munro and Shadab added 100 for the third wicket after Shaheen Shah Afridi and Haris Rauf dismissed Alex Hales and Paul Stirling respectively inside five overs with United on 37. But 85 runs came off the next eight overs as Munro and Shadab got the team back on track. During that period, Munro brought up his half-century as well, off just 36 balls after taking seven deliveries to get off the mark.

Munro was severe on offspinner Mohammad Hafeez, in particular, whom he smashed for two fours in the fourth over and two sixes in the sixth. At the other end, Shadab too started going for the big hits. After scoring just two off his first eight balls, he struck two sixes in the next four – one each off Zaman Khan and Rashid Khan – before he combined with Munro to smash Kamran Ghulam for 17 in the tenth over.

But with five overs to go and the required run rate well within reach at 7.80, Shadab fell to Rashid’s googly. In the next over, Rauf got Munro. Eventually, United needed 12 to win from the last six balls, which Azam Khan and Asif Ali couldn’t score off Zaman.

Earlier, openers Fakhar Zaman and Abdullah Shafique provided Qalandars with a commanding start, putting on 83 in just 7.2 overs. By the time Shadab dismissed Shafique, he had cracked six fours and a six in his 24-ball 44.

The wicket, though, triggered a collapse as Qalandars slipped from 83 for no loss to 98 for 5, with Shadab taking four wickets in his first three overs. After getting Shafique, the leg spinner also got rid of Fakhar for 38 in his next over before accounting for Hafeez and Phil Salt.

But Harry Brook and David Wiese revived their innings with a 51-run stand in 32 balls. That featured Brook clattering four successive fours off Hasan Ali in the 17th over. Rashid’s cameo of an unbeaten 15 from eight deliveries took Qalandars to 174, which proved enough in the end.