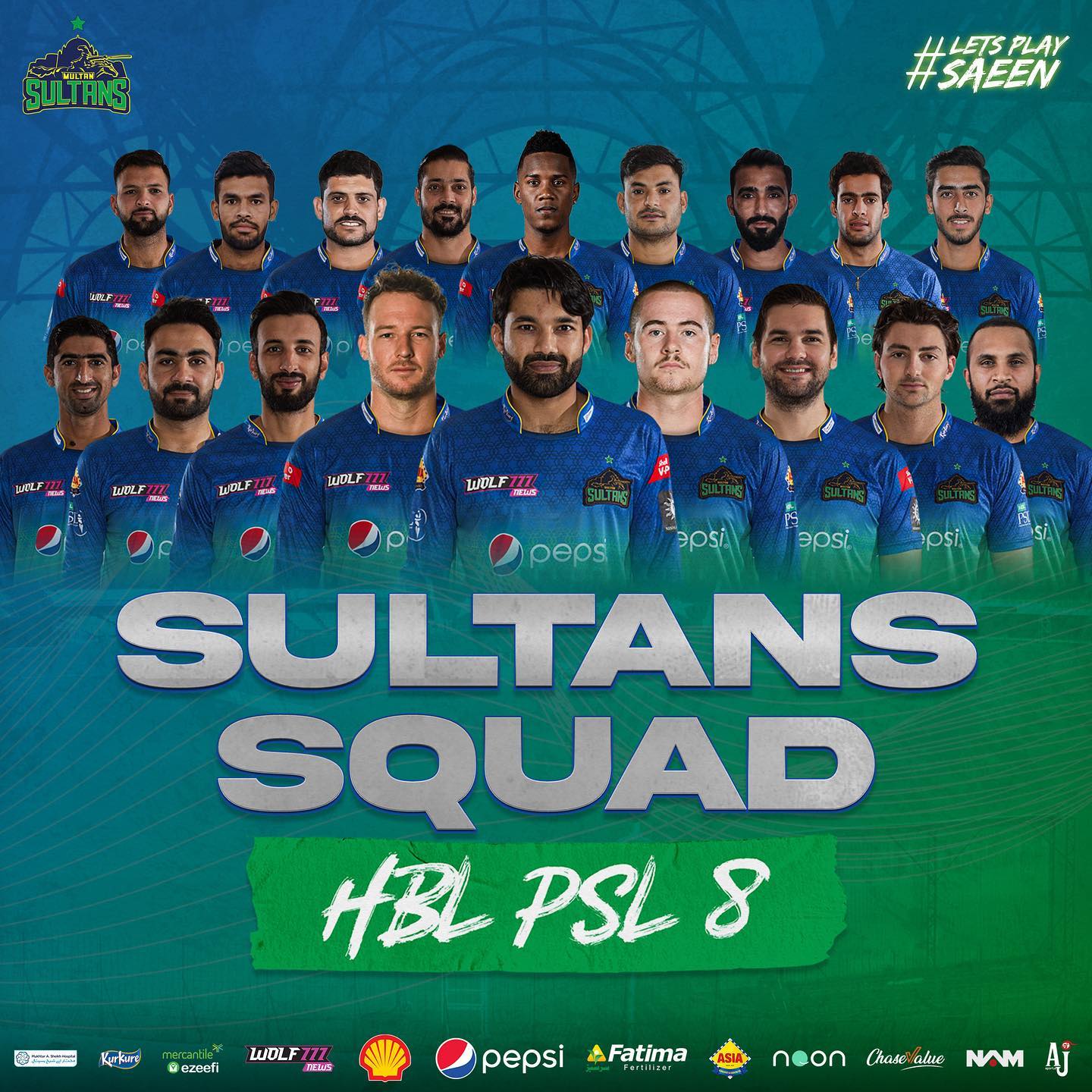 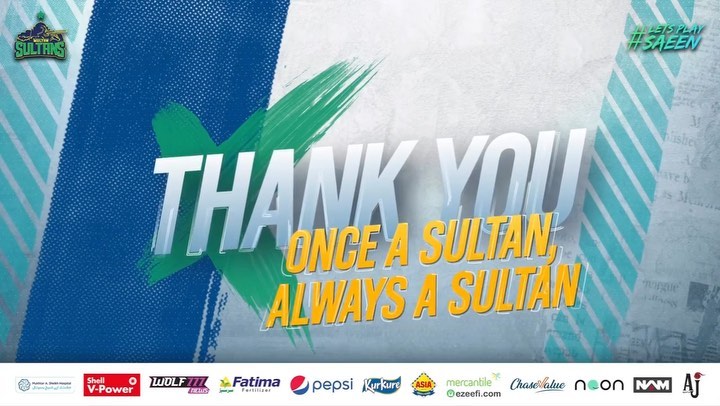 According to PSL 2023 Schedule Multan Sultans will be playing 10 Matches in PSL 2023.

UPDATE: PCB allowed franchises to choose 2 more players in the Supplementary category. PSL 2023 Draft was commenced on 8 January 2023 and MS has picked David Willey and Rizwan Hussain in supplementary while Johnson Charles and Dominic Drakes as replacements.

After the second edition of the PSL, the Pakistan Cricket Board announced that a sixth team will be established before the third edition. The Multan team was sold for $5.2 million USD per year to Schon Properties. However, the company failed to pay the annual fee before PSL 2018. Therefore, the contract was terminated. The ownership rights of the Multan franchise were sold to Alamgir Khan Tareen in 2018 for $6.35 million USD per year.

Only 7 Players are retained from the Multan Sultans team of PSL 2022, their detail is given below:

14 new players have been acquired by Multan Sultans Management in PSL 2023. Fans are Optimistic about winning Pakistan Super League 2023 considering big names like Tim David and Mohammad Rizwan on their side.

Here is the list of new players who will be representing the Multan Sultans Team this year:

Here is the complete list of Multan Sultans Squad for PSL 8:

The primary colors of the Multan Sultans kit are blue and green. The bottom of the Multan jersey includes a picture of the famous Mausoleum of Bahaud-Din Zakariya. It shows the culture of Multan and the spirit of its people.