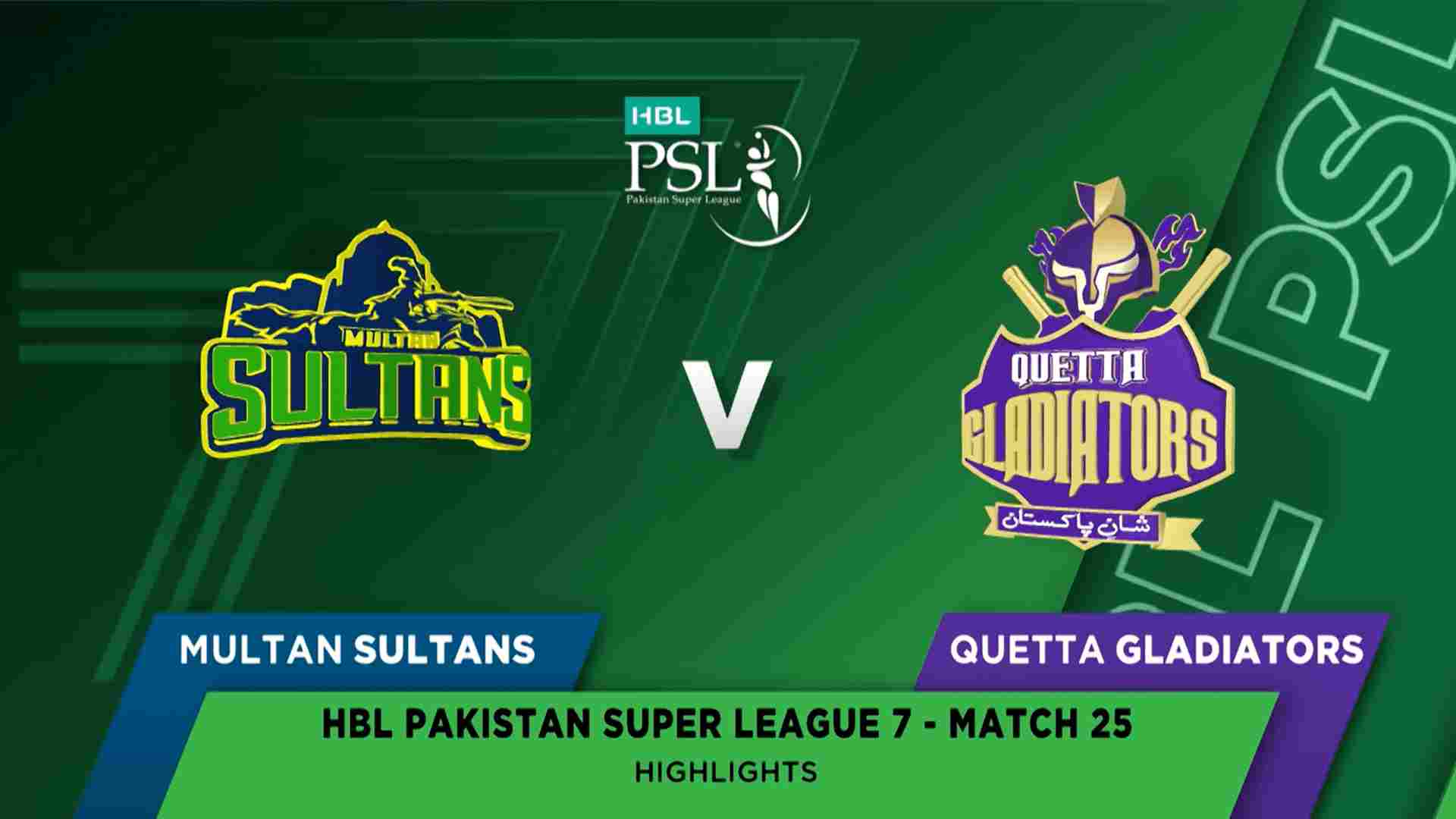 Multan Sultans scorched their way to an eighth victory from nine, racking up the second-highest total and the biggest winning margin in the history of the PSL, as Quetta Gladiators’ chances of progressing to the knockouts were reduced to a mathematical fancy in the first match of Friday’s double-header in Lahore.

The defending champions decided to bat first because they had already secured a spot in the top two and a spot in the qualifier the following week.Shan Masood and Mohammad Rizwan’s century stand in the first ten overs set an impressive foundation, allowing Sultans to plunder an additional 144 runs in the second half of the innings.Rilee Rossouw scored a carefree 71 off just 26 deliveries as they narrowly missed surpassing Islamabad United’s PSL record of 247.

Quetta fired briefly through Jason Roy and Umar Akmal, requiring a record run chase, but were unable to maintain such a punishing asking rate while keeping wickets.David Willey got on the board with his first pitch, a full inswinger that got Will Smeed, who had hit 99 in his previous outing, out for a duck. Roy was caught just beyond the cover ring for 38 from 19, and Gladiators were 66 for 3 at the powerplay’s conclusion.

On his way to a 22-ball fifty, Akmal kept coming, clearing the ropes six times. However, once he holed out off Imran Tahir, the Quetta chase vanished.Willey, Asif Afridi, Shahnawaz Dahani, and Khushdil Shah each took two wickets as the Gladiators failed to reach their target in 16 overs.

Sultans were ruthless from the start, with Masood and Rizwan combining careful boundary striking with hard running;Quetta’s drained assault just oversaw 12 dab balls in the initial 10 overs.When Mohammad Irfan caught Masood in front on review, the opening stand had reached 119 and both openers had scored half-centuries, Rizwan’s fifth of the season taking 28 balls and Masood getting there from 33.However, that merely served as the ideal platform for Rossouw to make his entrance.

Rossouw took three fours in a row from Noor Ahmad after dispatching his second ball over deep backward square leg for six. He then combined orthodox power with careful placement on two reverse sweeps. Rossouw scored a half-century off 20 balls with another burst of boundaries from Sohail Tanvir before Noor was bowled out for 4-4-6 in the 18th over.At the beginning of the next, Rossouw fell, picking out deep midwicket with a flat pull that would have been worth six.

Rizwan was content to give up the strike, contributing only 15 runs to another century stand. However, on his way to an unbeaten 83, he reached 400 runs for the second time in PSL play.The main Quetta bowler to go at under 10 runs for every over was Irfan, playing his most memorable match since being brought in as a swap for Mohammad Hasnain – and he couldn’t complete his distribution subsequent to being taken off in the sixteenth over for conveying two high full throws.