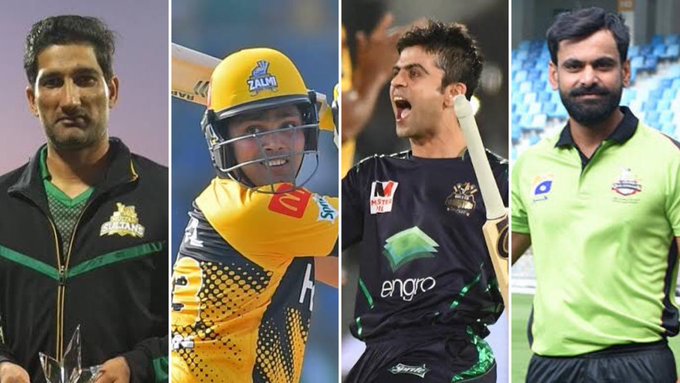 No franchise picks Hafeez, Kamran and Ahmad Shahzad, All six franchises picked the players for the upcoming season but some players were left behind

LAHORE  – The players draft event for the Pakistan Super League (PSL) season 8 was held on Thursday in Karachi and all six franchises picked the players for the upcoming season but some players were left out and people are confused why?

Peshawar Zalmi picked 17 players while other franchises picked 18 players each for the PSL 8. The Zalmis will be announcing their 18th player later. But former Pakistan captain Mohammad Hafeez, wicket-keeper batter Kamran Akmal, opening batter Ahmad Shahzad and all-rounder Sohail Tanveer have not been picked by any franchise.

‘In talks with a couple of franchises’: Ahmad Shahzad reveals ahead of PSL 8 draft

Ahmad Shahzad, Pakistan’s opening batter, revealed he’s in talks with a couple of franchises ahead of the upcoming eighth season of the Pakistan Super League (PSL), which is scheduled to take place in February-March 2023.

“I am in talks with a couple of franchises. As a player, I can’t force anyone to pick me, but if a player brings value to the team, they should go for him,” Shahzad shared in an exclusive conversation with Geo Super Wednesday.

The hard-hitting batsman is expected to be picked by the Sarfaraz Ahmed-led Quetta Gladiators for PSL 2023. Shahzad missed the league’s seventh season due to an injury.

The cricketer was not only confident to get picked up in the players’ draft but also to perform in the upcoming season.

Earlier, Hafeez and Kamran had ended their journeys with their respected teams.