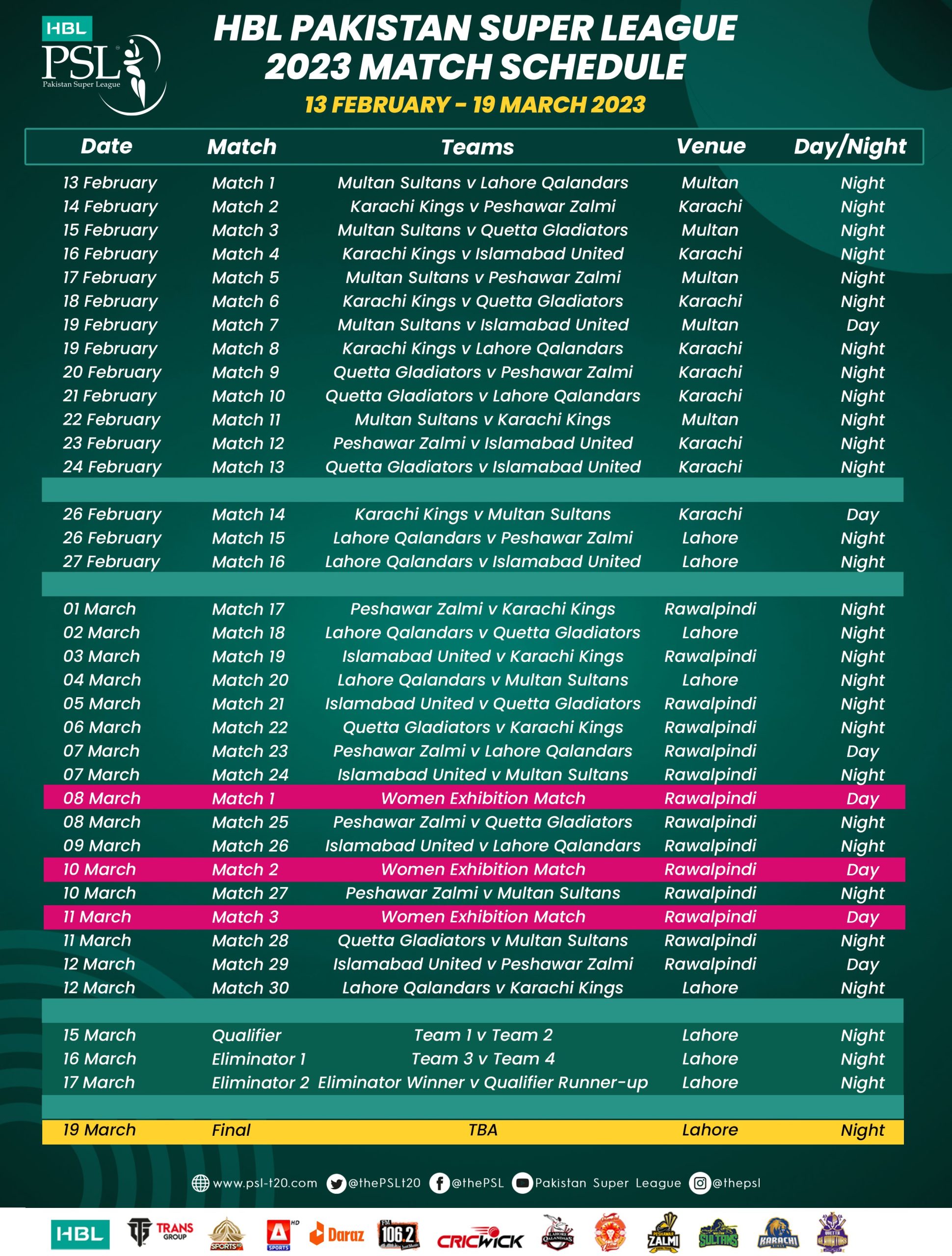 Pakistan Super League || PSL 2023 Format || Full Schedule || All Teams Squad. Cricket fans are ready to witness another season of the Pakistan Super League (PSL). The 8th largest cricket league in Pakistan will be held in February-March 2023. Lahore Qalandars are the reigning champions of the 7th edition of the PSL after defeating Multan Sultans in the finals.

The T20 tournament will be held as usual in a double round robin tournament format with 6 teams participating. A total of 34 matches will be played. All six teams will play the other teams twice.At the conclusion of the league stage, the top four teams in the points table advance to the playoffs.

The Pakistan Cricket Board has yet to announce the official schedule for the eighth season of the Pakistan Super League (PSL). It will be announced around mid-January. However, according to unconfirmed reports, the tournament will most likely start on February 13th and the finals will be held on March 19th, 2023. The official schedule will be announced as soon as it is announced. In the meantime, I have attached the preliminary PSL 2023 schedule.