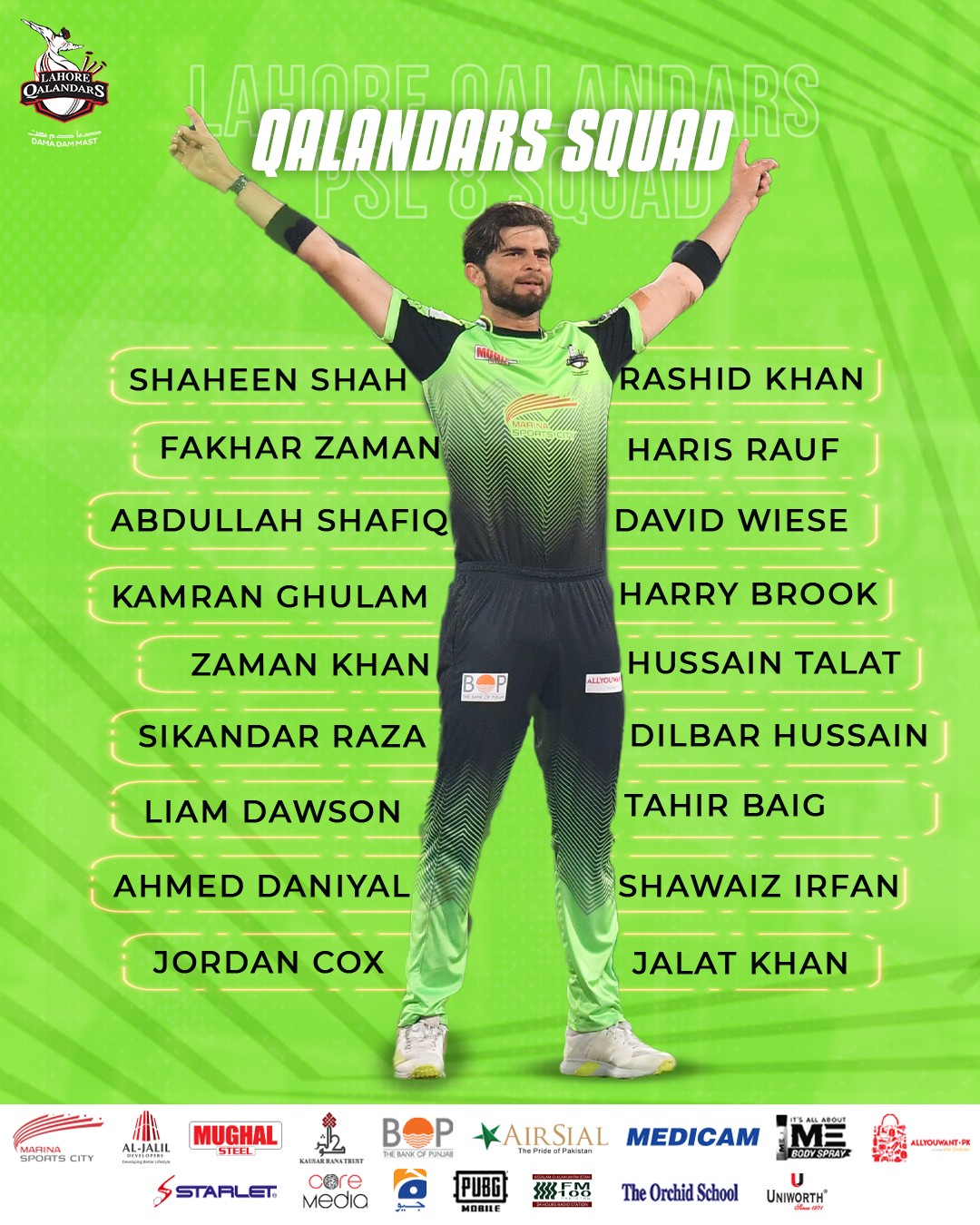 UPDATE: PCB has allowed franchise to select 2 more players in the sub-category. The 2023 PSL draft begins on  January 8, 2023 and the LQ selects Mohammad Imran Randhawa and Akif Javed as subs and Ben Dunk replaces Phil Salt.

Lahore Qalandars is also one of the top five brands in the Pakistani Super League. Qatar Lubricants Company acquired the Lahore franchise from the Pakistan Cricket Council on December 3, 2015. The franchise was sold for US$25.1 million. The Lahore brand was PSL’s 2nd most expensive brand at the time.

Only 8 Players are retained from the Lahore Qalandars team of PSL 2022, their detail is given below:

10 players were acquired by Lahore Qalandars Management in PSL 2023 Draft and 4 players are selected in the mini-draft. Here is the list of new players who will be representing the Lahore Qalandars Team this year:

Fans are Optimistic about winning Pakistan Super League 2023 considering big names like Shaheen Shah Afridi and Rashid Khan on their side. Here is the complete list of Lahore Qalandars Squad for PSL 8:

The colors of the Qalandar’s first season’s kit were red and black. A redesigned kit consisting of Black and Green was released for the second season. Since the third season, the color of Lahore Qalandars kit is only green. At the bottom left of the shirt, a Sufi is performing the famous Sufi whirling.

However, there are two Lahore Qalandars Kits for PSL 2023, one is green as always with few improvements and the second is totally a new Kit with red and black color. Fans are in love with the LQ Kit 2023. In ‘away matches,’ the red-colored kit will be used while the green-colored kit will be worn in home matches.

Qalandars Meaning: Qalandar is a Persian language word that is used to represent Sufis and Saints. The word Qalandar means “a rough, uncouth man”. Lahore Qalandars use this word in their name to highlight the Sufi culture of Lahore.