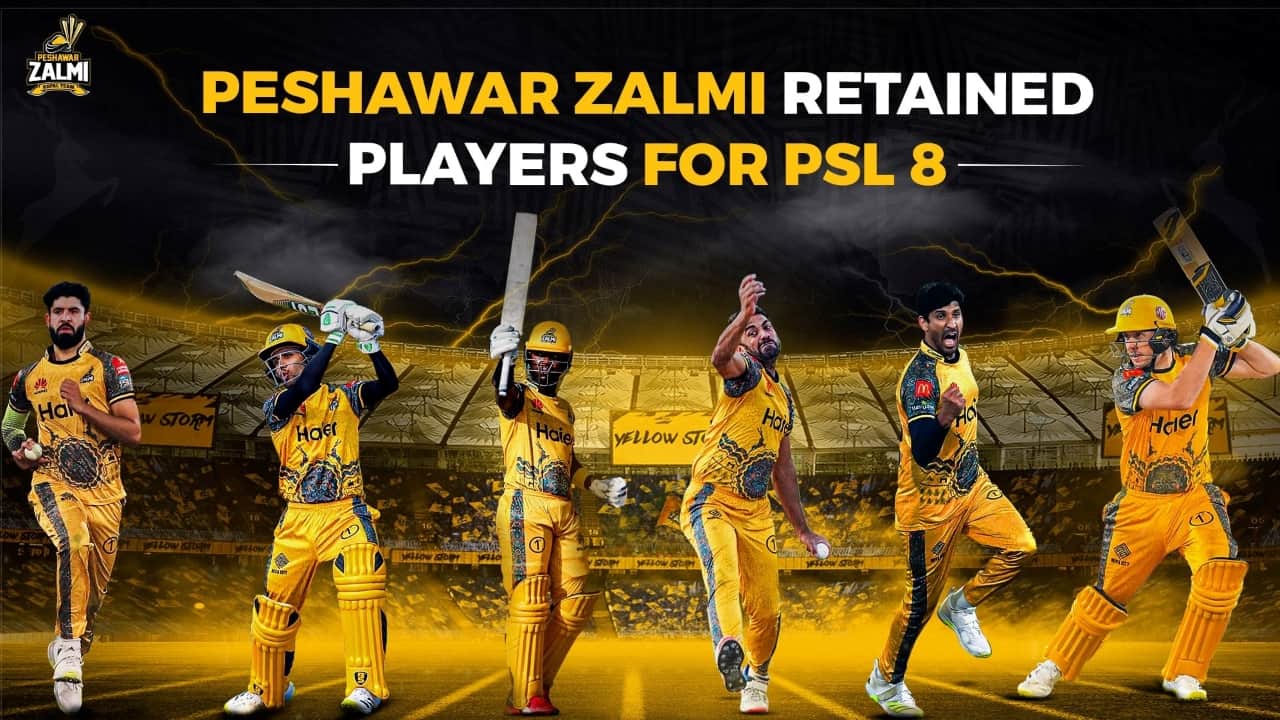 Over 500 players took part in the draft. Teams had to pick from the Platinum, Diamond, Gold, Silver, Emerging and Supplementary categories.

In one of the biggest moves ahead of PSL Draft 2023, Pakistan’s all-format captain and the most successful batter in the history of the tournament, Babar Azam, parted ways with Karachi Kings and joined Peshawar Zalmi.

The Peshawar-based franchise had an average outing in the 2022 edition of PSL, as they could manage to win only six matches out of the ten they played. They finished the league stage at the third position of the points table.

The eighth edition of the Pakistan Super League (PSL) is scheduled to commence on February 9, 2023, with the final of the tournament set to be held on March 19

Now we are going to describe the Peshawar Zalmi Squad for PSL 8 with Players Performance Team as a PSL Twenty cricket team and it represents Peshawar. Here we are updating in real-time.

PESHAWAR ZALMI SQUAD PSL 2023. Yup, here you will be knowing about the Peshawar Zalmi players with performances capital is Khyber Pakhtunkhwa the providence of Pakistan. The word Zalmi stands for youth- the part of the country where the state of exuberance among people is irrepressible.

The concept of endothermy is long extinct and the blood running down is boiling hot. In the past, Peshawar is far from cricket but now this team is changed and now they make a career in the cricket field. It’s home the ground is Arbaz Niaz Stadium and it was revealed in 2015.

The owner of Peshawar Zalmi is Javed Afridi who is the CEO of Haier Pakistan. Now we discuss the team players of Peshawar Zulmi as given below

The captain of Peshawar Zulmi is Babar Azam.

Mohammad Akram is the head coach whereas Younis Khan and Saqlain Mushtaq are the batting coaches and spin bowling consultant respectively.

In this section, we Will telling about the complete information with details of Peshawar Zalmi players.

In the batsman of Peshawar Zalmi seven players are used and their names
are given below:

The batting for this team is absolutely bomb. Can you imagine these domestic cricket giants playing in a single team? The matches are going to be entertaining. With haris as an opener and tom in the middle order, you can expect sixes all over the innings.

In the bowlers of Peshawar Zalmi Squad five players are used and their names
are given below:

This is some variety in the bowling department. Wahab Riaz is a Pakistani speedster who led the bowling attack when the team was in peril. And with Arshad as a bowler who can bowl with the new ball and get you some wickets, the opponents have to be on their toes.

Peshawar Zalmi players have all-rounders also which can place whenever time and demand are available. Their names are given below:

In overseas players of Peshawar Zalmi, seven players are used. Their names are given below:

Jimmy, Poval, and Tom are some of the players that have the ability to change the game in their teams’ direction. Zalmi’s have struck a gold mine by signing them. While these players are those who add the X factor, Chris Jordan is an impactful bowler that has been able to successfully bowl in the death overs. If you are rooting for the Zalmis, this is great for you.

PROGRESS OF THE PESHAWAR ZALMI TEAM

The Peshawar Zalmi team had a great performance in previous PSL sessions.  So Peshawar Zulmi played 34 matches in 3 PSL editions in which they won 17 and lost 14. Their overall percentage is 57.57% and they got 3 rd position in PSL. Visit our website for Latest PSL Updates, Live Streaming Point table, and day-to-day updates.

Who is the mentor of Peshawar Zalmi?

Darren Sammy is also going to act as the mentor for Peshawar Zalmi.

How many PSL titles has PZ won?

Peshawar Zalmi has won the PSL 2017 edition. Since then, they have been in some finals but they were not able to win again.

Who is the sponsor of Peshawar Zalmi?

Haier is one of the major sponsors for the team. This is due to its affiliation with Javed Afridi