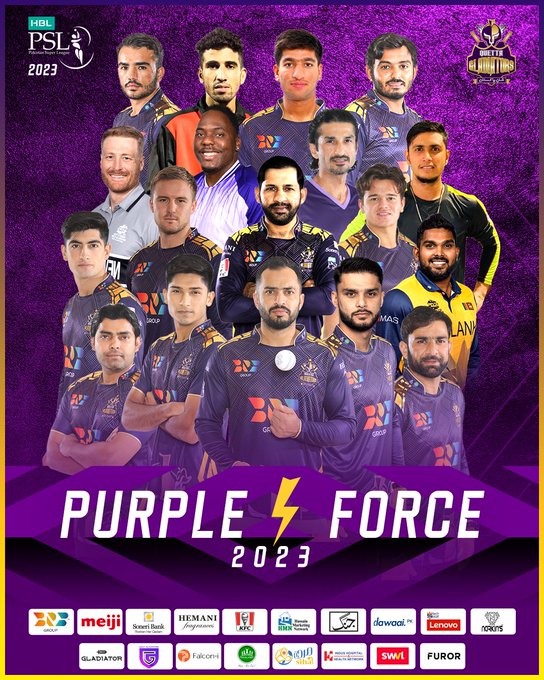 The Pakistani Super League (PSL) franchises have finalized their lineups for the next release following the replacement ceremony in Karachi. The eighth edition will launch on 9 February. Quetta Gladiators keep faith in Sarfaraz Ahmed to lead the team, along with other experienced cricketers including Umar Akmal, Jason Roy and Iftikhar Ahmed on the team.

UPDATE: PCB has allowed the franchise to pick 2 more players in the Extra category. The 2023 PSL  Draft will start from today, January 8, 2023. Keep in mind that Naveen ul Haq has retired from the PSL and will compete in the BPL, so Gladiators Quetta  will also choose their replacement.

7 Players are retained from Quetta Gladiator`s team of PSL 7, their names are given below:

11 new players have been acquired by Quetta Gladiators Management in PSL 8. According to some fans, the team is very well balanced while some of them are missing legendary players like Chris Gayle and Dale Steyn.  Here is the list of new players who will be representing the Quetta Gladiators Team this year: